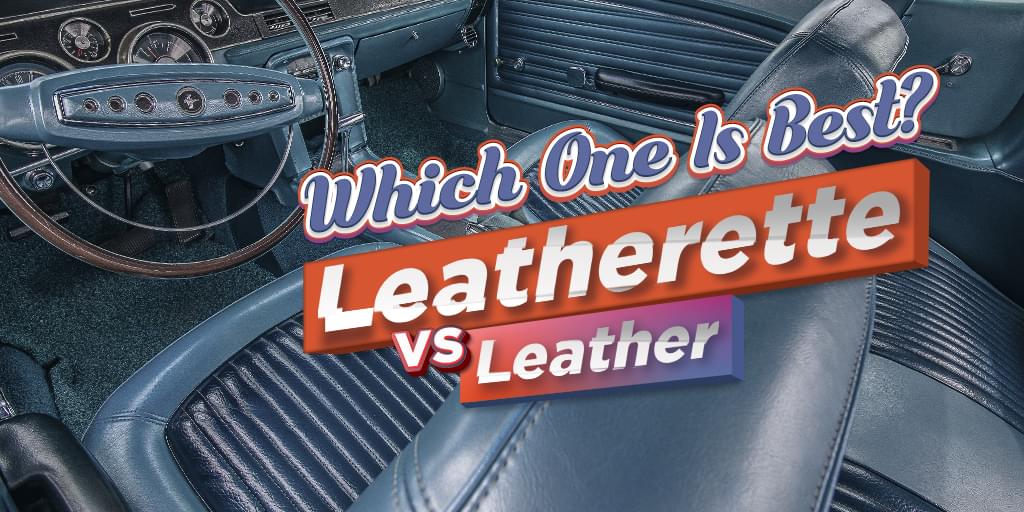 If you are a true car enthusiast, then you understand just how important it is to know the difference between the various materials used as part of your car's interior. For instance, if you are buying a new car, you want to make the most out of your investment, and when it comes to the leatherette vs. leather debate, you may prefer one or the other.

If you are trying to sell your junk car, is knowing the difference important? If you are selling privately, probably not. However, if you are going through a junk car pick-up service, you may need to know whether or not leather seats are more valuable than leatherette seats.

Leatherette vs. Leather: What Exactly is the Difference?

There was once a time when leather interior was all the rage amongst the automotive community. Owning a genuine leather interior was a sign of high class or wealth. After all, leather wasn't exactly a cheap material to work with. However, times have changed quite a bit, and when it comes to the leatherette versus leather debate, synthetic leathers have become just as acceptable as genuine leather.

Since leatherette and leather are both considered highly sought-out materials nowadays, it is essential to understand what makes each one different from the other and their similarities. 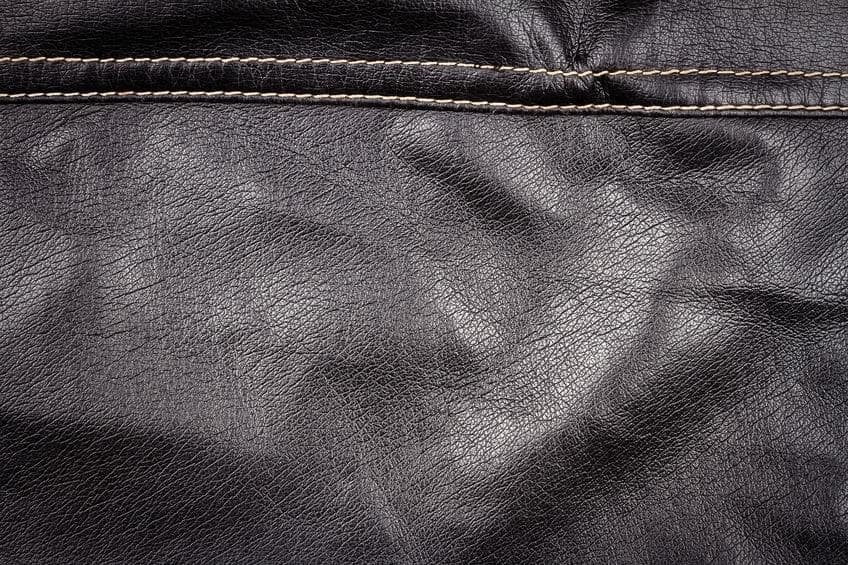 For years, leather has been considered the utmost in luxury when it comes to the automotive industry. After all, there is just something special about the way leather feels and even smells when in a new car. While this material can be used throughout the car's interior, leather is most often used to create a car's seats.

Leather is created from the hides of animals, most commonly that of cows. However, it can be made from other animal hides as well, including:

When most people think of leather, they think of the rough and tough material used in shoes, purses, etc. However, the leather used in the automotive industry is more similar to that used in furniture making. That means it is often softer to the touch and is easier to manipulate than thicker leathers.

Leather is often associated with a higher price tag, making synthetic leather, such as leatherette, the cheaper alternative.

Leatherette is a plastic-based vinyl material, making it not only more affordable than leather, but preferred by many considering it doesn't require the use of animal hide. Thanks to advances in technology, leatherette materials now mock leather so well when it comes to the look and texture – many wouldn't even know the difference if it wasn't pointed out to them. 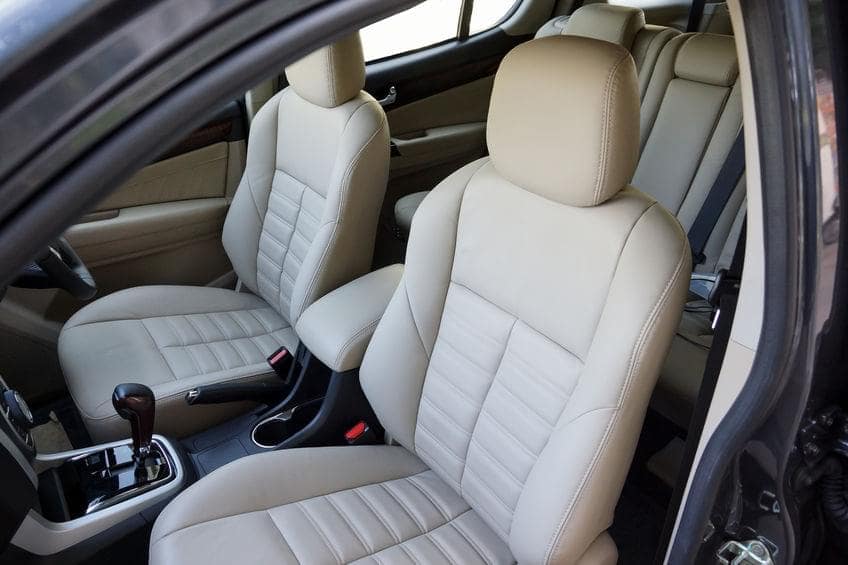 The Leatherette vs. Leather Debate

With leatherette becoming more popular amongst vehicle owners, has it all but replaced leather interiors? Of course not. However, it has created quite the debate over which is better. As with any debate, there are pros and cons to both materials, and when trying to determine which is better for you, you'll want to consider all aspects.

If your goal is to stand out from the crowd and be known for your luxury goods, then yes, leather seats in your car may be for you. Despite the fact that leatherette is often considered "just as good" as leather, many enthusiasts simply cannot bear the thought of replacing their leather interior with something synthetic.

Leather Can Be Uncomfortable as the Weather Changes

While leather may be considered a luxury item, it can be quite uncomfortable when it comes to the material of your car seats.

For instance, as the temperatures begin rising outside, your seat's materials begin to warm up as well, and in the sweltering heat of the summer, that may not feel too good on your legs should you wear shorts or a skirt. Leather seats can also get quite cold as the temperature begins to decline during the winter months as well. While a cold seat may not be quite as off-putting as a scorching hot one, it's still something worth considering, especially as leather is known to crack when it is exposed to extreme cold.

Leatherette Can Be Just as Uncomfortable in the Heat

While you may think that the synthetic material would bring you some relief from the hot seats in your car, we regret to inform you that leatherette can be just as bad. That's because the synthetic material can't breathe as genuine leather does. That means that it not only heats up faster but also becomes quite sticky should you spill something on it or begin to sweat.

With real leather, there are many steps that you need to take to ensure its integrity remains intact. Leatherette seats and interiors, on the other hand, aren't nearly as high maintenance. While leather requires the use of specific cleaners and conditioners, leatherette can be simply wiped down with a damp cloth before you apply your desired conditioner. 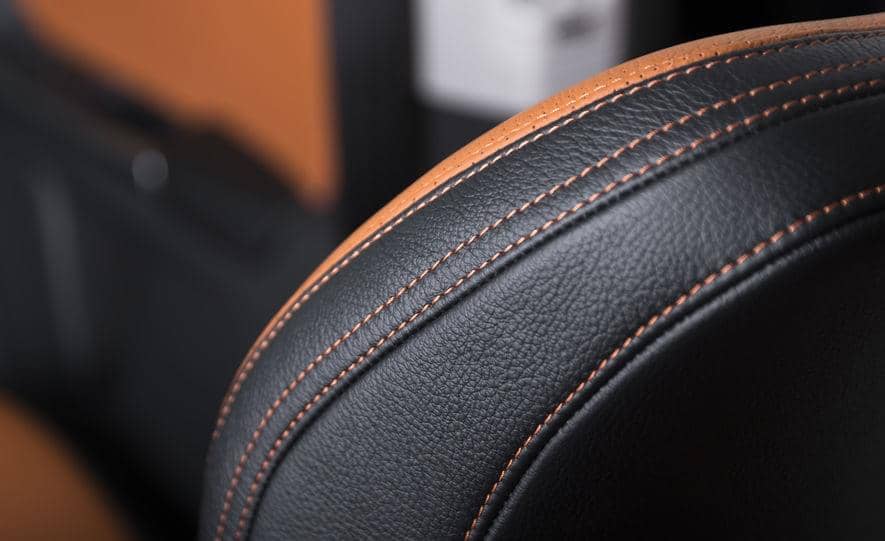 If you've decided that it's time to swap out your old leather seats with leatherette seats, you'll be happy to know that the process can be quite simple.

If your old leather seats have seen their day and are beginning to look worn down or have begun cracking, then you may want to simply consider getting your car seats reupholstered. This is often one of the cheaper options because you don't necessarily have to get rid of the entire seat – something that many car owners choose to do for one reason or another.

Reupholstering your seats requires that the old leather be removed and the new leatherette material be put on. While you can turn this into a DIY project, it is best to allow a professional to make the swap.

Now, should you choose to replace the entire car seat with a brand new one, you will want to make sure you are taking the necessary steps to dispose of your used car seats properly.