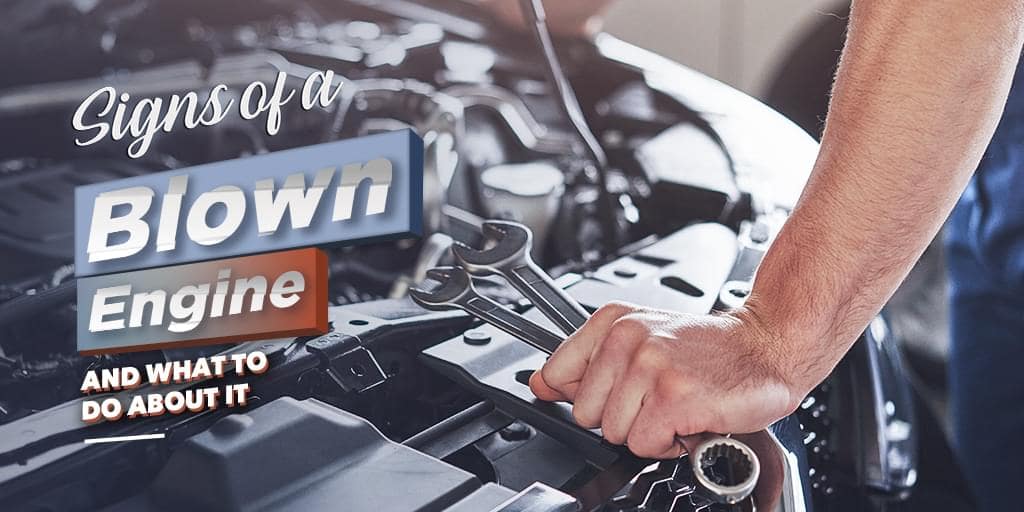 You spend a lot of time behind the wheel, but how well do you really know your car? You may be familiar with the sound of your brakes, or the hum of the AC, but the sounds and symptoms of a blown engine might baffle you.

Most of us aren’t mechanics, but we can usually tell when something isn’t right with our vehicle. Strange rumbling sounds underneath your hood should never be ignored — and can actually help diagnose the issue. Driving a car that needs work may result in damage beyond repair. Replacing an engine costs thousands of dollars — an expensive consequence of putting off maintenance.

Being proactive and addressing mechanical issues as they occur is the best way to avoid such costs. However, even with regular maintenance, engine cleaning, and oil changes, normal wear-and-tear can wear down your car’s engine until it fully gives out. Luckily, there are some obvious signs of a blown engine that can help you recognize the problem and move forward with repairs or trade-ins.

Sights and Sounds of a Blown Engine

When car troubles occur, there are three major indicators that point to the engine as the source of the issue:

Each of these symptoms point to different problems, and each can emerge in a number of ways.  Visual indicators can also help you recognize issues.

If you notice any of these abnormalities arising, take your car to a mechanic right away. Early detection, especially with engine problems, is vital  to avoid a costly repair. You might even find that it’s cheaper to get a new car than to fix the old one. 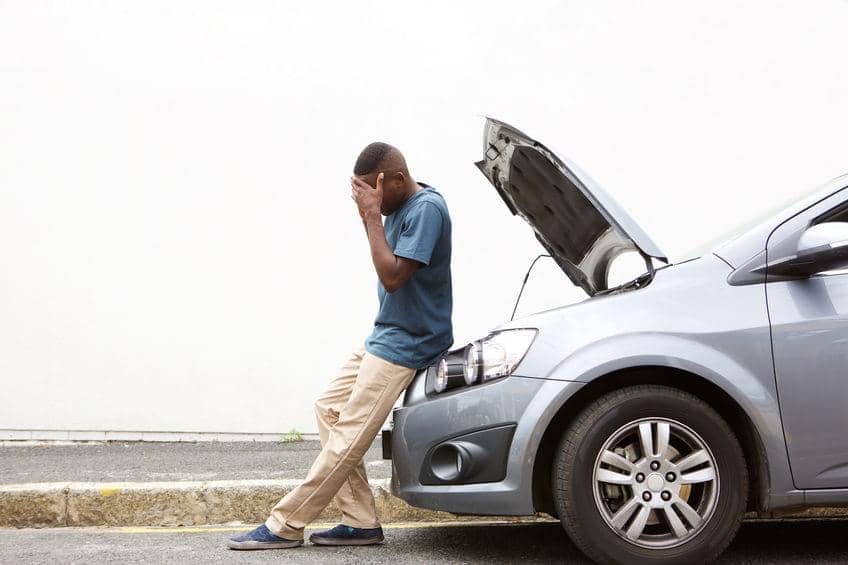 Though a healthy engine goes unnoticed, a damaged one draws the attention of the driver, passengers, and even pedestrians. A lot of alarming noises can be caused by worn areas of the engine that desperately need replacement or lubrication.

Loud knocking noises indicate that the rod bearings need some love. If your engine throws a rod, the loud knocking might start to sound like wire snapping or a belt buckle being tossed around your car’s insides. A thrown rod can tear up other parts of the engine and cause irreversible damage, so the minute you hear something clanking around, get it checked out.

Problems with the main crankshaft bearings can cause your engine to sound like there are loose marbles rolling around inside. This can be quite alarming and confusing for drivers who expect loud, sharp noises to warn them when trouble occurs. Though marbles sound less threatening than metallic scraping, the occurrence still warrants a trip to the mechanic.

It’s a good idea to investigate any strange noises coming from your car. Some engines about to blow can sound more like a lawnmower or helicopter than the motor of a four wheeled sedan. Listen for clicking, scraping, banging, and rolling noises that alert you to engine issues.

Is your car stalling or jolting you around when you hit the gas? Normal engines provide a smooth, controlled ride, but engines on their last leg will struggle with producing consistent power.

The engine powers the car through fuel combustion. A plethora of parts must work together to create a working engine:

If all of your engine parts aren’t working together seamlessly, you’ll certainly feel it.

Rod bearing issues are one of the leading causes of engine blowouts. If you feel sputtering during your ride, stop driving until the problem is resolved or your engine could be a goner.

If you press the gas and find that your car isn’t accelerating as well as it used to, your engine could be blown. This usually means replacing the engine, and in worst cases, replacing the entire car.

3. Visual Cues From Smoke and Oil

A trail of oil tailing your vehicle is definitely a sign that your engine needs your attention. When your car releases billows of dark exhaust behind you, or the hood of the vehicle starts smoking, it’s probably time to get out and push the car because you’ve got a blown engine.

If you begin to notice small oil leaks in your garage or on the driveway, take your car in for a tune up. It’s losing much needed oil and cars that lack lubrication are ticking time bombs for blown engines.

Keep a lookout for rain damage on the motor. Weather will erode all areas of your vehicle, even the inner workings. Watered-down oil and dirt under the hood will start to cause problems if left unaddressed.

When your car doesn’t start and you suspect a blown engine, check the oil pan. If there are tiny metal flakes in the oil, this means the mechanical parts are worn down to the point that they are actually disintegrating. These shiny little shavings are most likely culprits behind the blowout. Your oil levels help keep your car running, but they also reveal abnormalities and causes for engine blowouts. 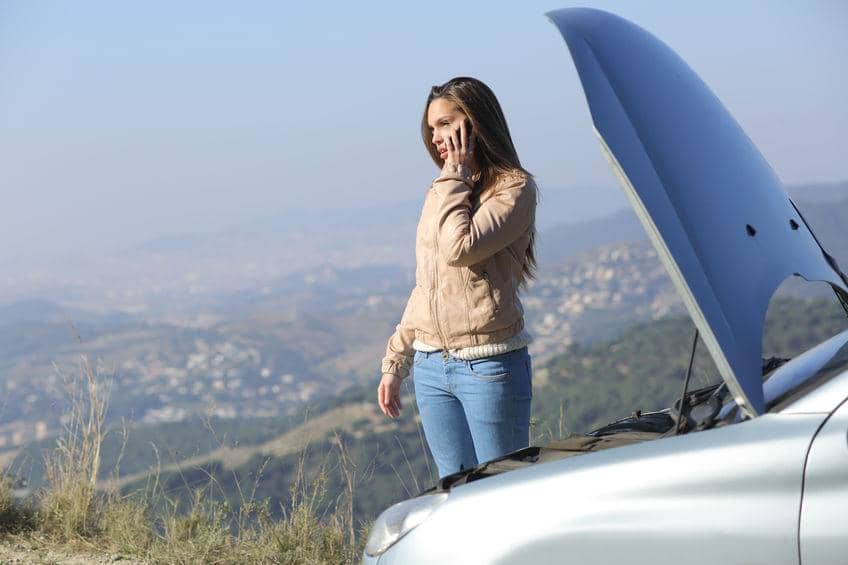 Your vehicle gets you to and from work. It’s your ticket out of town, an extension of your independence. It’s also a complex machine that requires routine maintenance and your careful attention. Putting off repairs, or even a simple oil change, will land you in a world of hurt when irreparable damage demands costly part replacements.

Facing car troubles is stressful. Narrowing the issue down to a blown engine still leaves you in a financial mess. The value of a car with a blown engine doesn’t necessarily dip below a reasonable level, though. Many trade-in dealerships will work with you to find a solution that meets your needs and gets the most out of your investment.

Blown engines are a bummer, but recognizing the telltale signs of motor troubles will help you determine the cause and the next steps necessary for a resolution.