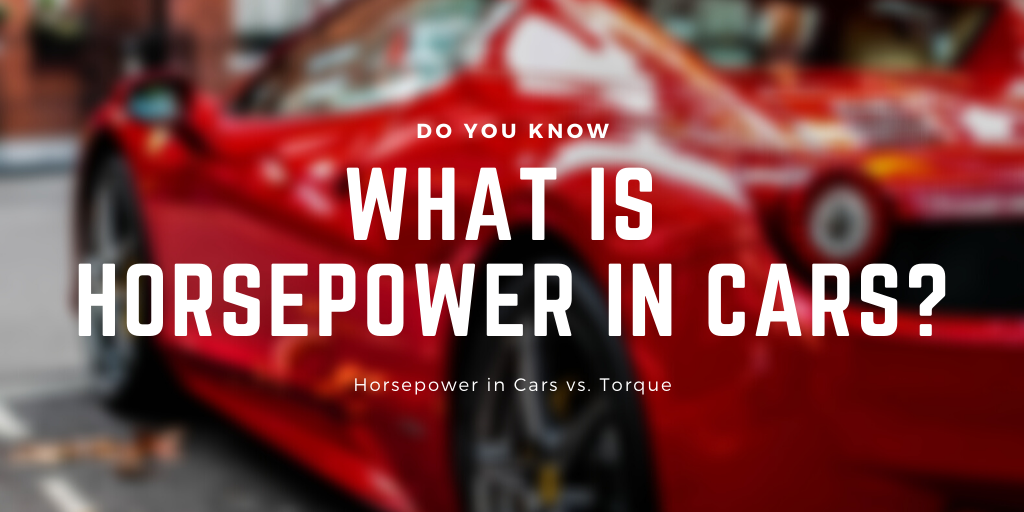 Answering the question, “what is horsepower in cars,” can be difficult, especially if you aren’t familiar with the terminology. Simply put, a vehicle’s horsepower is the power the engine produces. An engine’s horsepower is measured using a dynamometer, which is also used to measure the torque and rotational speed of an engine. The number is typically displayed as either kilowatt (kW) or brake horsepower (bhp).

Fun fact: The measurement of horsepower is said to have been created to compensate for the work that horses used to do before the invention of engines.

While horsepower is an excellent measurement of power, it’s often associated with other factors, including torque. 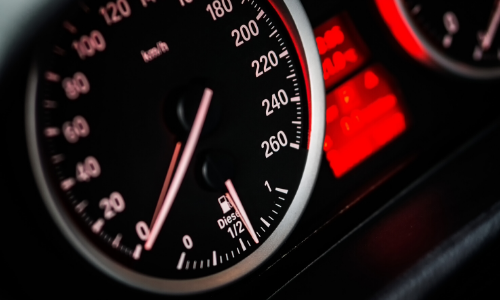 What is Horsepower in Cars vs. Torque: Are They the Same Thing?

Think about it. You’ve probably seen your fair share of car sales ads on television, the radio, or even online. In most of those commercials and ads, they not only talk about the vehicle’s horsepower but the torque as well.

So, what exactly is torque, and how does it compare to the horsepower of a car?

The torque is known as the rotating force that is produced by your engine’s crankshaft. For those who aren’t entirely as versed in the vehicle terminology, your crankshaft is the main rotating component of an engine. What is crucial to note here is the more torque your vehicle has, the greater the ability for it to perform work, which is the result of a force acting over a given distance.

What You Need to Know About Horsepower in Cars

You now know that the use of a dynamometer measures what the horsepower in cars is. Professionals, such as mechanics and other car professionals, can then use this particular tool to plot horsepower, therefore creating a horsepower curve for an engine. These graphs typically point out an engine’s peak horsepower. This peak horsepower is represented by an RPM, which is the measurement of rotations per minute. This value then denotes the available power from the engine when it’s working at its max.

Power vs. weight is another reason that knowing the answer to the question, “what is horsepower in cars” is essential. In this respect, the general thought is that the heavier the vehicle, the more horsepower is required to get it to move. This makes it an essential figure for those out in the workforce, especially if they are required to haul heavy material or trailers.

Now, if you’re into higher performance vehicles, horsepower is, again, worth noting. In this respect, you’re probably looking for a vehicle that will produce higher speeds. In this case, you’ll want to look for a vehicle with higher horsepower, but lighter in weight.

Finally, one of the biggest reasons people look into the horsepower of a vehicle comes down to fuel. The easiest way for a car’s engine to generate more horsepower is for it to inject more fuel into the cylinder. This is fine for those looking to increase their towing capacity or acceleration; however, it’s worth noting that it doesn’t help much with your overall fuel economy. If you are unfamiliar with fuel economy, this is the simplest way to put it: vehicles with higher horsepower ratings will typically result in more reduced gas mileage overall.

So, while many people believe that having a higher horsepower makes a vehicle better, that isn’t the case. When it comes to determining the best horsepower for your vehicle and answering the question, “what is horsepower in cars,” you want to consider what you plan to use your vehicle for heavily. While the horsepower of our engine is an essential factor, you want to include others depending on your unique situation. 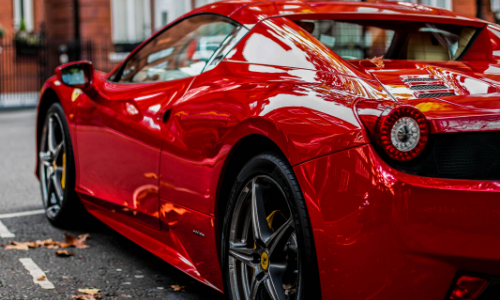 Looking to get cash for junk cars? Want to go green and properly dispose of your junk car? Then US Junk Cars can help. We give you a cash payment for your old cars, and the process is much simpler than you may think. Simply start by finding an office in your area and contact us to schedule a pickup. During our conversation, we’ll discuss a fair cash value for your car, and once we arrive to pick up your car, you’ll receive a cash payment in hand.