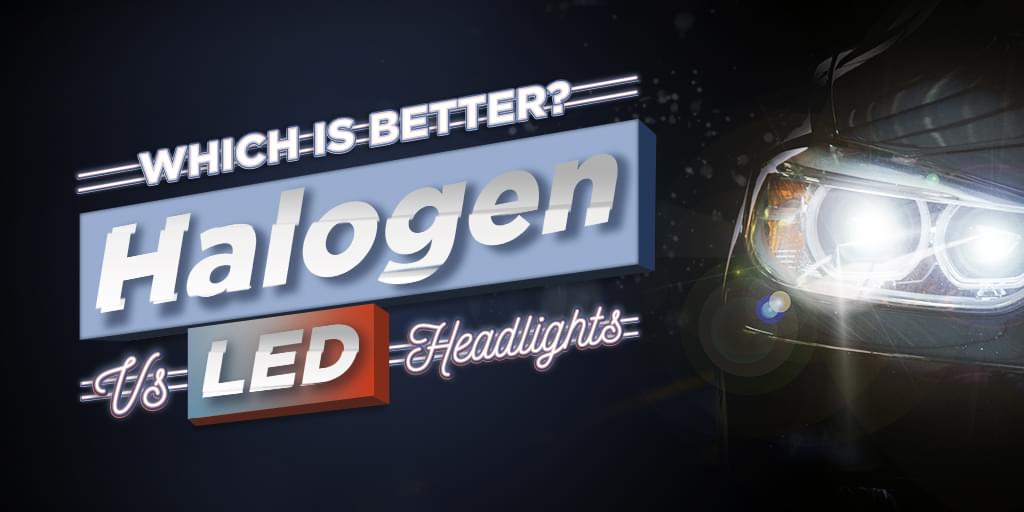 If you listen to the latest chatter on the best car podcasts or read it on your favorite automotive forums, then you'll know that the LED vs. halogen headlight debate is one of the most frequently discussed. The topic is a heated one amongst enthusiasts and the average motorist because there are so many things to consider when determining which headlight is the best for the road.

Is one better than the other? To answer that, you need to look at each option in detail.

Is There a Difference Between Halogen and LED Lights?

Before you can decide which type of headlight is best for your car, you need to know all your options. When it comes to the automotive industry, you have three primary options:

If you were to look at most cars, you'd notice that they include halogen headlights as their stock option. That's because they are still considered the most affordable bulb since they are relatively cheap to manufacture.

Halogen headlights are considered incandescent lights and are made with a tungsten filament inside of the glass bulb. When you start your car and turn the headlights on, an electric current passes through the filament, and as it does so, it heats up and begins to generate light. While halogen lights are considered much brighter than other incandescent lights, more drivers find that they prefer a much brighter bulb, especially when driving at night. 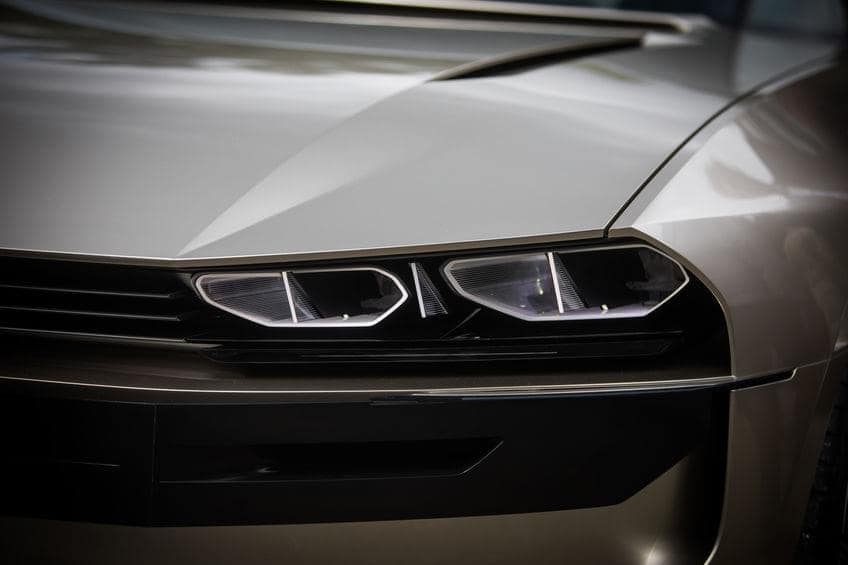 For those looking for a brighter option, you're likely going to be told to investigate the variety of LED headlights available. So, are LED headlights brighter than halogen headlights? Yes, they are.

Light-emitting diode (LED) headlights produce a much more noticeably brighter light. It's often considered much whiter in color than halogen headlights, which give off a more yellow tone to them, and they tend to last much longer than traditional halogen bulbs.

One reason LED headlights last longer is they do not use a filament. Instead, LEDs work by transferring the electric current through a semi-conductor, which emits photons, resulting in the light you see.

Now, while most enthusiasts focus their attention on the halogen vs. LED debate, there is another type of headlight out there, and that's high-intensity discharge (HID) headlights. Like LED headlights, the HID alternatives do away with the filament aspect used in halogen bulbs. Instead, HIDs utilize high voltage to generate an electrical arc between two poles. HIDs emit a brighter, whiter light when in use; however, many individuals do not prefer this option because the light is more blinding than that of LEDs. Since they are less popular for use on the road, more consumers tend to lean towards LEDs over HIDs.

Understanding what your options are is an excellent start. However, to make a fully informed decision, you must take the time to look at the pros and cons of each bulb you are looking at. Since most consumers prefer either halogens or LED headlights over HID's, you'll want to focus your attention on these two options.

While halogen headlights are used across most vehicles, there are many reasons why you may or may not prefer other options. Consider the pros and cons of halogen lights before you make your next purchase.

Arguably one of the most positive aspects of halogen headlights is the fact that they are the cheapest options available to drivers. They've been around for years and are rather easy to manufacture. They are also fairly easy to replace, and the yellow "glow" produced is often considered easier on the eyes of other drivers.

Despite the popularity of halogen bulbs, more and more manufacturers are beginning to install LED headlights in new cars for several reasons. One of the biggest downsides to halogen bulbs is that they have a very minimal lifespan of about 1,000 hours.

The low glow that other drivers seem to appreciate on their eyes is another common negative for those actually driving the car. That's because the light emitted by halogen bulbs is often considered rather dim for most drivers. 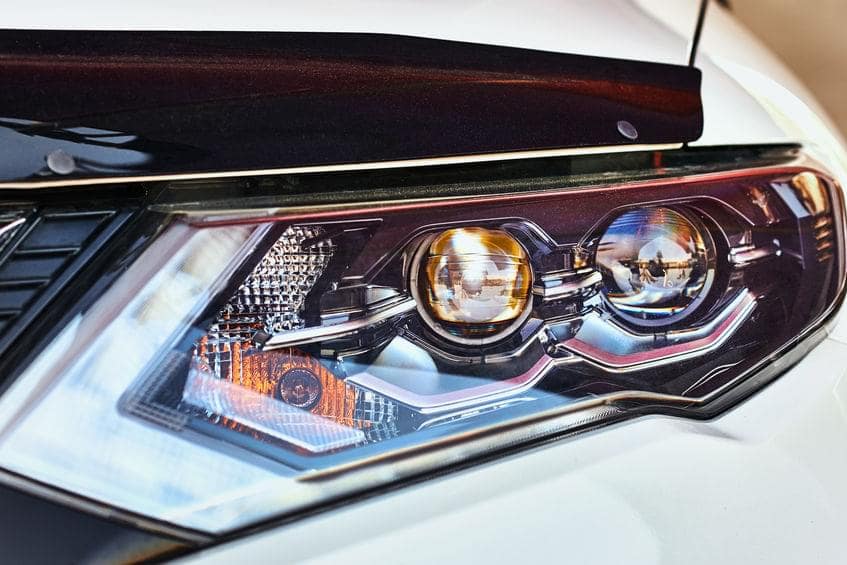 While halogen headlights have been used for years in the automotive industry, some newer makes and models are starting to come stocked with LED headlights instead of traditional halogen bulbs. Of course, a car purchase shouldn't be determined by the type of headlight bulb included. However, if you're not used to LED bulbs, then you'll want to educate yourself on the pros and cons of these headlights so you have a feel of what they can and can't do.

One of the most talked-about pros when it comes to LED headlights is the fact that they are considerably brighter than their halogen counterparts, making them excellent for driving in adverse weather, such as rain or fog.

Another positive is the fact that these bulbs are considered more energy-efficient and last longer than halogen headlights. That means, despite a higher price tag, they outperform other bulbs by a long shot. LED headlights have an average lifespan of approximately 20,000 hours, whereas halogen bulbs only have an approximate lifespan of 450 to 1,000 hours.

While consumers understand that lights emit a certain amount of heat, when it comes to LED headlights, the little bit of heat that is produced can cause harm to the semi-conductor and other parts of the bulb. Therefore, LED headlights do require an extra cooling component that other bulbs don't need, which can contribute to the increase in price for these types of lights.

Another thing you need to watch out for when purchasing LED headlights is that not all LEDs are created equally. The quality of these headlights can and will vary depending on who manufactures them, which can then affect the bulb's overall usability and lifespan. 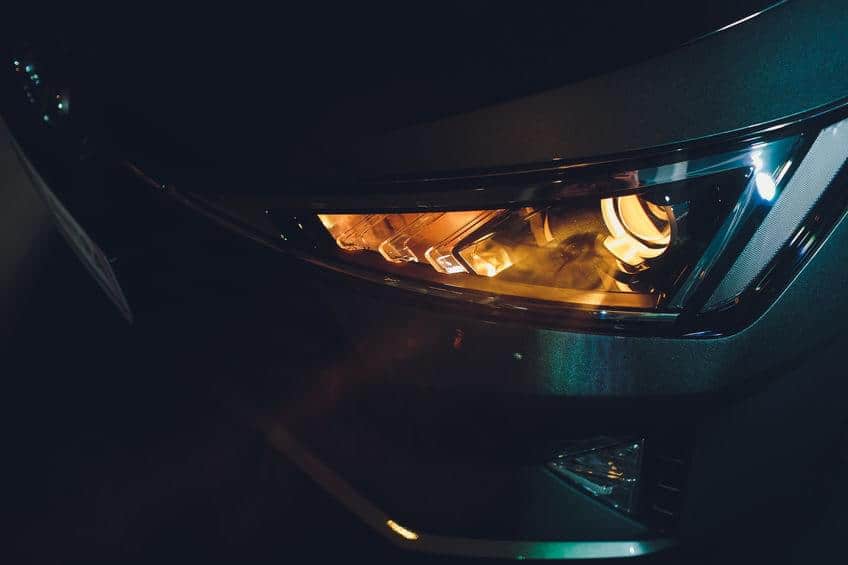 LED vs. Halogen Headlights – Which Will You Use?

With so many headlight options available, it can be rather difficult to choose one over the other, especially when it comes to personal preferences. What's good to note is that headlight bulbs don't play a significant factor in buying and selling used cars, or new cars, for that matter.

So, if a car comes with a bulb you don't prefer, you can talk to your dealer or mechanic about your options for replacing them for something you feel more comfortable with!